LUMUN: Students learn the truth in a language they can’t debate in 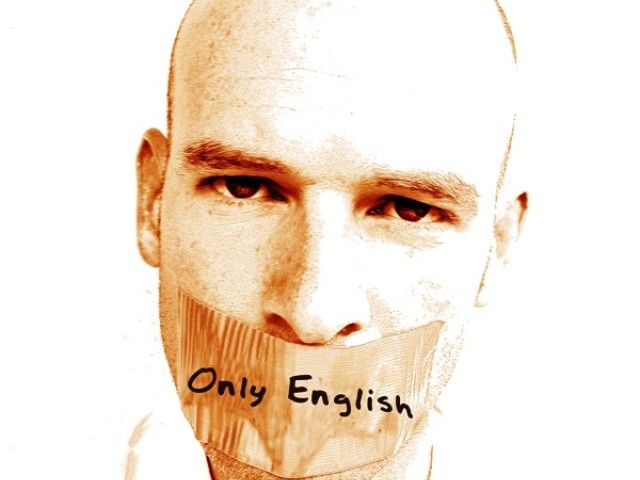 Language isn’t just about communication, or getting the right kind of job, it’s a culture of who you are, where you live, which school you go to, how you speak to your friends. DESIGN: SIDRAH MOIZ

What’s the point of debating if the person opposite you can’t understand a word you’re saying?

In my previous piece, how at model United Nations (MUN) some kids were shaken by the sheer scale of competitiveness – a rampant obsession with coming first across the country. This is why events like these, which bring together such a diverse group of people from across the country, are so useful. You can glean so much from the way people interact, or in this case, don’t.

I’m going to talk about the Lahore University of Management Sciences model United National (LUMUN) again, because this time, it showed just how closeted a certain section of Karachi’s kids are. Or, if you can only speak in English and the other in Urdu, and can’t form a constructive relationship in something as light-hearted as a mock United Nations set-up, what on earth are you going to do in real life?

Meet Ali (not his real name). Ali has lived in Lahore and Islamabad and for the past two years, in Karachi. For him, LUMUN was a case of meeting up with long lost primary school friends. But Ali is unique because his background, even at the age of 17 years, gives him enough advantage in a setting like this. In a room of 80 people, he has the ability to effectively negotiate and communicate with others – in Urdu and English, across the divide of different cities.

“You have these really bright kids from Faisalabad and Quetta all bunched up in the same room as Karachi’s burgers,” says Ali. “And it’s all a matter of whether they can gel or not.” As Ali says, that’s not very often.

“The guy next to me kept from Karachi kept nudging me with a what-the-heck-is-he-saying expression every time one particular delegate got up to speak. He just had no clue what was going on, bechara.”

Certain committees at model United Nations are bilingual. This created a bizarre kind of divide. “You had the kids who could only speak English, and the kids who could only speak Urdu, but of a level completely unfamiliar to the English kids. Then, you had those who probably could speak a lot better in Urdu, but chose English instead, and everything they said came out mangled and confused.”

This phenomena seemed more punctuated than in non-bilingual committees. “One guy next to me,” says Sophia (not her real name), “was probably the smartest out the entire lot of kids sitting there. But his English was patchy, so he’d rarely raise his hand to speak his points.” Imagine that, an intelligent teenager, having done hours of research on whatever UN topic was assigned, but too afraid of how the 80 people in the room might judge him when he gets up to speak in an unfamiliar language.

Language isn’t just about giving a quick two-minute speech. For example, in MUN, kids have to work together and forms groups, draft resolutions, essentially act as at the UN. This means spending a lot of time together, staying up late, working, or even just socialising at cafes etc. But language, in Pakistan at any rate, is so much more than that. “You could speak like Churchill in that room for all anyone could care,” says Ali, “but unless you have that kind of semblance of familiarity … no one’s going to listen to you because you don’t have that kind of instant connection across barriers.”

Some people have come up with trite solutions to tackling the barriers: streamline the Urdu education children receive, introduce English-learning workshops etc. But language isn’t just about communication, or getting the right kind of job, it’s a culture of who you are, where you live, which school you go to, how you speak to your friends. They crop up at national events such as these, as people naturally divide themselves along the lines of invisible barriers such as language or city. Because these two are intertwined. Ali wasn’t just talking about the problem of Urdu and English. The Lahori and Islamabadi kids, by every definition of the word are city goers, but they faced no such problems in terms of language.

It was just a certain section of Karachi kids, smart, talented for sure, but who among a multitude of kids from across Pakistan were completely lost. Just as their so-called perfect English alienates them, so does their peer sitting across from them feel. That student sitting opposite them comes from a tiny town most Karachi wallahs will probably never visit. And they are probably also feeling somewhat the same. Alienation works both ways, and all it takes is a simple debate to prove it.