Team Pakistan: Back with a bang! 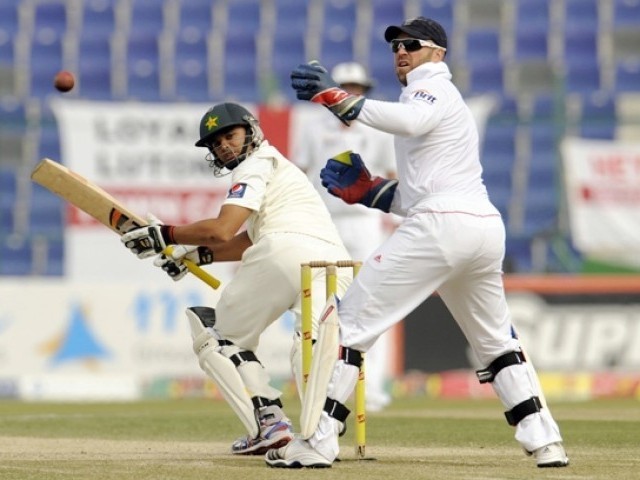 Can anything taste sweeter than victory? If you are a Pakistani fan who has gone through the spot-fixing case, the ensuing talks of banishing Pakistan from world cricket, the semi-final losses in the World T20 and World Cup 2011, clearly not. And what if that victory is against the number one side in the world? It just makes it all the more sweet. It might take a couple of days for this to settle in.

Consider this- in 2010, the cricketing world was so irritated with a particular team and the board’s chairman that there were talks of throwing them out of the big league. And now, two years later, the same team has silenced those critics in a befitting manner.

Where should I start?

Azhar Ali and Asad Shafiq perhaps because these two youngsters played two of the grittiest knocks that you can ask for from Pakistani batters. Kamran Akmal at Mohali (2005) and Karachi (2006), Umar Akmal at Dunedin (2009) might well be overshadowed by Azhar’s marathon stay at the crease. I put my hand up and admit the fact that I was pretty skeptical about our batting’s approach but Azhar and Asad must be given their due share of praise because they literally brought us back in the match and helped us post a fighting total. Credit must also go to our tail, which matched England’s average tail-enders’ score for test matches in 2011.

With 144 on the board, the general feeling was that the English would manage to win this match. Perhaps Pakistan was 30-40 runs short. But then the magic of the best spin bowling attack in the world struck. Abdul Rehman, used to playing second fiddle to Kaneria or Ajmal, finally shone like a true star. Grabbing his first five-for in test cricket, Rehman would have reminded many of how Afridi got Ganguly in the Bangalore test in 2005 with the wicket of Stuart Broad.

And how can I forget the king of spin? Saeed Ajmal. In eleven test matches under Misbah, Ajmal has picked up 70 wickets. In his eight tests before this, his tally stood at 30. To Pakistan’s advantage, Saeed Ajmal has managed to bamboozle England’s batsmen in a perfect manner. All the talk of the “teesra” now looks like a part of psychological warfare.  What else can the teesra do? The regular off spinner goes into the right hander, the doosra turns away and the arm ball has been a part of Ajmal’s armory since long.

And with this curiosity,  I asked Saeed about his teesra,

Misbah deserves credit for leading this team into an era of stability. Captain Cool averages a staggering 70.81 as test captain. And this is more than those of Zaheer Abbas, Javed Miandad, Inzamam, Mohammad Yousuf and Younus Khan from their captaincy days. And it is not just his batting that has done the job, it is his calmness and the air of stability around him that is helping Pakistan Cricket.

Batting has seldom been Pakistan’s strength. But with the culmination of the second test against England, if I were to point out factors that have helped Pakistan reestablish itself as a force in the cricketing world, batting would be a major factor. The top four have managed 4051 runs between them under Misbah. Surely, this record will be tested on quicker pitches but that should not discredit them from what they have already achieved.

With a measure of assuredness, I think this team’s fans can look forward to a couple of stable years. You don’t normally associate stability with Pakistan cricket. But this is precisely what these players have changed. Let us just hope they continue this predictably positive.

Read more by Imran A Khan here and follow him @imranahmadkh.