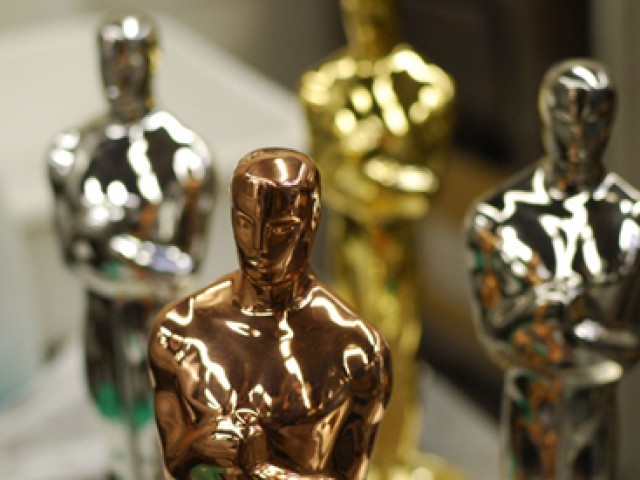 The Oscars are fun for all, even if you’re watching the show live at the crack of dawn in Pakistan’s time zone. PHOTO: AFP

The Oscars are a time when fans, TV anchors, stylists, live bloggers, tweeters and seat-fillers (the lucky people who sit on celeb’s seats while they’re visiting the bathroom or the bar) satellite around A-list stars in the celluloid constellation known as Hollywood.

Die-hard viewers host Oscar parties at home while Hollywood’s B, C and D-listers try to attend as many after-parties as they can (since they’re naturally not invited to most awards shows).

It’s fun for all, whether you’re watching the show live at the crack of dawn in Pakistan’s time zone (and heading off bleary-eyed to work), or watching the evening re-run (after spending the day valiantly avoiding internet reports of the winner). The allure of red carpet arrivals, glamorous presenters, the host’s semi-funny jokes, and, of course, watching some of your favourites win the coveted statuettes is an irresistible combination worth spending three hours of your life over (five if you sit through the early arrivals and after-party coverage too, comparable to a cricket match).

Often, a country or culture will dominate several categories during any given year of the Academy Awards. Previously, these have included: the New Zealander ‘Lord Of The Rings’ year, the Indian ‘Slumdog Millionaire’ (even if it was officially British) year, the Italian ‘Life is Beautiful’ year, the Spanish ‘Talk To Her’ year and the essentially British ‘The King’s Speech’ last year.

This year, it seems to be France’s turn. ‘The Artist’ has been nominated in 11 major categories except, interestingly, for Foreign Language film.

Then there’s the usual shock nominees (Jonah Hill for ‘Moneyball’ seriously?), plenty of snubs (see below), and, finally, Pakistani subject matter that has nothing to do with terrorism (unless one calls it domestic terrorism). While ‘Saving Face’ may be criticised locally for portraying the country in a ‘negative’ light (tragically faceless survivors instead of, say, attractive starlets), one can’t help but support the need to address (and remedy) our social realities instead of sweeping them under a rug.

Actor in a leading role

Demián Bichir in “A Better Life”

Actor in a supporting role

Jonah Hill in “Moneyball” (no way in hell, right?)

Actress in a leading role

Viola Davis in “The Help”

Meryl Streep in “The Iron Lady” (probably – you can’t go wrong with Mery; she already has two little gold men and this is her 17th nomination)

Actress in a supporting role

Bérénice Bejo in “The Artist”

Melissa McCarthy in “Bridesmaids” (no way in hell – plus-sized women tend to score at awards shows but, really, to win for a screwball comedy rife with toilet humour…these aren’t the ‘Gross’cars!)

Octavia Spencer in “The Help” (probably)

“Hell and Back Again”

“If a Tree Falls: A Story of the Earth Liberation Front”

“The Barber of Birmingham: Foot Soldier of the Civil Rights Movement”

“God Is the Bigger Elvis”

Daniel Junge and Sharmeen Obaid-Chinoy (we hope so!)

“The Tsunami and the Cherry Blossom”

Kirk Baxter and Angus Wall (probably – it’s has that rare combination of a fast pace and critical acclaim, so it’s likely to win something)

“The Adventures of Tintin”

From “The Muppets”  music and lyrics by Bret McKenzie (probably – and with two nominations in this category instead of the typical five, the Oscars might even end on time for once with fewer musical performances)

Nominees to be determined

“Rise of the Planet of the Apes”

“The Ides of March”

And the year’s biggest snubs went to… 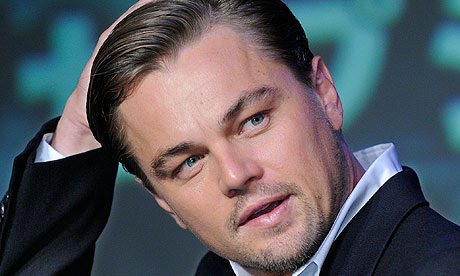 In the Land of Blood and Money:

A selection of Twitter’s most (and least) chirpy…

@sharmeenochinoy: “The day I received an Emmy my father died- had to turn around & go 2 airport- Tday I’m sure hes smiling down! #oscars #SavingFace”

@jasonsegel: “Holy Moly! Man or Muppet was nominated for a best song Oscar! Congrats to Bret McKenzie and the whole Muppet team!!! So happy for everyone!”

@maryjblige: “I’m so thankful for true fans like you all. It saddens me & feels like the Academy is being mean. 2 only nominate 2 of the 5 slots is…….”

@albertbrooks: “Looking forward to the State of the Union tonight. Hope the new Axis of Evil includes Hollywood.”