Who says I can’t be a Muslim feminist? 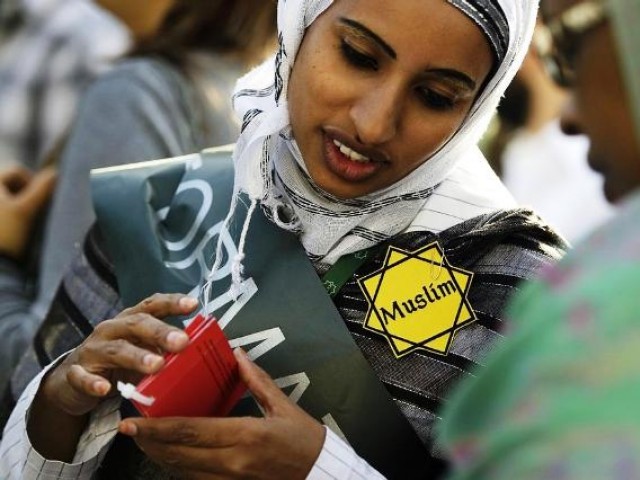 There are echoes of Islam and feminism in each other; though Islam is about submission to God, an important facet of that is submission to what’s just. PHOTO: AFP/FILE

People, Muslim and non-Muslim alike, often tell me that I can’t be both a Muslim and a feminist.

At a recent book reading in Oregon, for example, a male audience member asked me, “How does that even work?”. These questions demonstrate some of the rigid misconceptions individuals have about Islam and feminism; many people think that they’re mutually exclusive categories. In fact, as a Muslim feminist, I have found them to have more in common than people realise, especially when it comes to social justice.

Ethos – the fundamental spirit that guides my faith– is more important to me than edicts, or strict dogma, and so when religious questions arise, I defer to big-picture themes. One of Islam’s major themes is that of equity and justice. The Quran details equitable divorce proceedings, fair treatment of orphans and just conduct when it comes to prisoners of war — situations that differ in details and circumstances in our modern times, but which are often fraught with unfairness and injustice. When I read the Holy Book, the themes of justice and dignity for humanity stand out to me.

These themes are the same ideals I take from feminism. Some assume that feminism is concerned only with the protection and advancement of women. But as a bi-racial Muslim woman, I can’t ignore the ways that different socially constructed categories, such as gender and race, interact and interrelate. My feminism is concerned with the dignity and rights of every person. Regardless of gender, race, religion, ability, or anything else, we all deserve to have control over our own destinies, earn equal compensation for our work and have the same chances at happiness and success.

In 2007, I founded Muslimah Media Watch, a website dedicated to critiquing global media images of Muslim women. I also write for Racialicious, which looks at pop culture and race, and an alumnus of the American Muslim Civil Leadership Institute, which works with civic leaders in the American Muslim community. I use my writing and editing skills as a way to advocate for what I believe is right.

There’s a wealth of scholarship on Islam and feminism. Margot Badran, an author and academic, has published extensively on Muslim women and Islamic feminism. In an article for Egypt’s Al Ahram Online, she wrote:

Islamic feminism, which derives its understanding and mandate from the Qur’an, seeks rights and justice for women, and for men, in the totality of their existence…. Islamic feminism advocates women’s rights, gender equality, and social justice using Islamic discourse as its paramount discourse, though not necessarily its only one.

Academics aren’t the only ones blending Islam and feminism in their lives and viewpoints. Dr Amina Wadud is an Islamic scholar who has written several books on Islam from a feminist perspective, as well as an activist who works to break rigid roles for women in the mosque by leading prayer.

Sisters in Islam, a non-profit group of Muslim women in Malaysia, advocates within legal and media frameworks for women’s and children’s legal and social rights within Malaysia. A student-owned independent network, Mideast Youth, embarks on projects using digital media that fight for the rights of marginalised groups in predominantly Muslim countries to “amplify diverse and progressive voices advocating for change throughout the Middle East and North Africa”. These people and organisations understand that egalitarian scholarship and ideas are essential to battling different types of oppression on the ground.

Writing and engaging with the media through Muslimah Media Watch has been my biggest step in blending my Islam and feminism. There are plenty of different ways to be Muslim and feminist: people write, rally around causes and live out feminist interpretations of the Quran. But one thing is for sure: Islam and feminism are not mutually exclusive.