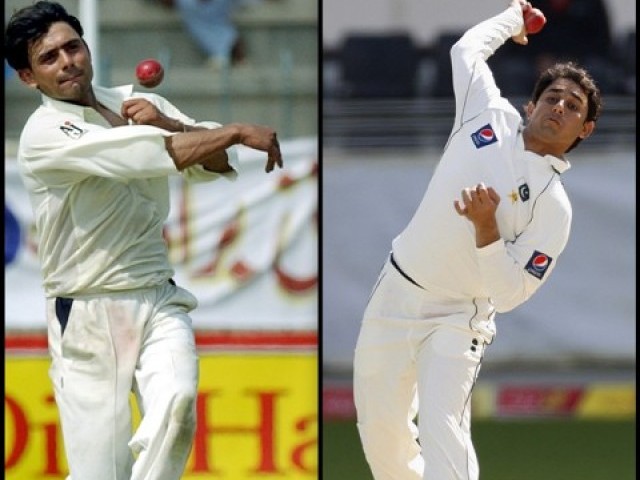 Off-spin bowling has never been as glamorous and stylish an art as leg-spin. In fact, it wasn’t long ago when off-spin wasn’t event considered an art, as every part timer could roll over his arm for an end changing spell of off-spinning lollipops.

From Benaud to Qadir and Warne to Mushtaq, leg-spin was the only form of slow bowling that was considered an essential ingredient of a potent bowling unit.

All that, however, changed with the emergence of a skinny young man from Lahore who not only reintroduced off-spin as a genuine threat but also added such artistry to his repertoire that his invention laid the foundation of modern day off-spin. Saqlain Mushtaq’s doosra did to spin bowling what Imran’s reverse swing did for seamers.

As Saeed Ajmal walked through the hopeless defenses of English batting giants, he reminded me of the clueless Australians who were at the receiving end of a similar rout when Saqlain first introduced his Doosra during the 1997/98 World Series Tri-Nation Tournament. The joy that Adnan Akmal experienced, while catching a bamboozled Ian Bell off an ideal Ajmal doosra, was similar to how Moin Khan ran towards Saqi when he cleaned up Steve Waugh for an even better straighter one. If Shane Warne’s rip snorter to Mike Gatting is regarded as the ball of the century, then calling Saqlain’s peach to Damien Martyn anything less would be a disservice to the gentleman’s sport.

Just as Saqlain stamped his authority on Tendulkar and company during the 1998 tour of India, Ajmal proved his credentials against the Indian Little Master during the 2011 World Cup semi-final.

Similar to how the reverse swing revolutionised fast bowling, which was clearly handicapped in subcontinental conditions, Saqlain’s doosra added the much needed attraction and thrill to an otherwise dull form of spin bowling. No off-spinner is considered a finished article without a potent doosra.

If Imran Khan was the reason behind Wasim and Waqar taking up fast bowling, then Saqlain is the inspiration that led to the discovery of Ajmal. Between the two, Shoaib Malik briefly posed as the new Saqlain (Chinese version) but with his interests inclined more towards tennis, he slowly faded away as a bowler. In a way, the rise of Ajmal could not have been at a better time for world cricket. With Muralidharan no longer playing and Harbhajan Singh’s sun quickly setting, a genuinely threatening off-spinner was what world cricket needed.

After making his first class debut in 1996 and waiting for more than 10 years to enter the national team, Ajmal has gone through the hard yards of Pakistan’s domestic cricket and the lessons that it carries with it. At 34, he’s not getting any younger. As a spinner, if he stays fit, the next three to four years are the maximum that he can play as an international cricketer. Like most men in their 30s, he seems to have a mature head on his shoulders, an imperative personality trait for a spinner. And that maturity is already evident in the way he has quietly managed to grow as the world’s best spinner over the last three years.

The mistake that Ajmal, however, cannot afford to make is the one that lead to the demise of his mentor. Towards the latter part of his career, Saqlain bowled the doosra so frequently that off-spin eventually became his surprise delivery. So, inventory management is what Ajmal should be mostly focusing on while he enjoys the richly deserved acclaim that he is receiving from all over the world.

Around the world, Ajmal is being hailed as a rare talent and as someone who could have given a lot more to cricket had he entered the international circuit earlier. Those who advocate this, however, forget that he belongs to the land of mismanaged and undiscovered talents  – Pakistan. The land where the irreplaceable Imran Khan swiftly changed guards with Wasim Akram  and where Abdul Qadir handed his mettle to Mushtaq and Kaneria. Ajmal got his bag of tricks from Saqlain but had he been identified at the right time, it wouldn’t have felt as sweet, because it wouldn’t have felt as Pakistani.

So, while a few more embarrassed Englishmen accuse Ajmal of chucking, let’s enjoy the genius of the doosra Salqain while he writes his own story.